In a previous article we looked at the power formula, and discussed the relationship between power, voltage and current. Having looked at the power formula, there is now only one more formula needed to help solve just about every electrical calculation, this is the dreaded Ohms law. We wont get involved with deriving the formula, but take a minute to read the following illustration: When you turn the tap on connected to a garden hose without a nozzle, you will see water flowing out the other end. The flow of water through the hose  is similar to electric current flow – electric current is the flow of electrons through a wire.

If you now put your thumb on the end of the hose and try to block the water flow, the water pressure you feel is like voltage. Voltage is the pressure which pushes the electrons through the wire. What is interesting is that if your thumb completely blocks the water flow, there is still water pressure (voltage). Having a nozzle on the end of the hose and stopping the water flow is like having a wall power socket with nothing plugged in – there is no water/current flow, but the pressure/voltage is still there. The point to note is that voltage is present, even if there is no current flowing. Another example of this is a car battery – it always has 12 volts available to any wire connected to it, no matter what the current drawn.

If the resistance remains the same, the current flow can be increased or decreased by increasing or decreasing the voltage (water pressure).

The symbols and units of measurement for voltage and current are the same as for the power formula. Note the standard terms for resistance.

Therefore, we can write this formula quickly as:

A popular way to remember this formula and its derivatives is by the triangle shown here. Whatever characteristic you are looking for, place your finger to cover that, and the formula you need remains.

Example 1: To find the voltage of a circuit when you know the resistance and the current, place a finger to cover the “V”, and the formula is I x R.

Example 2: To find the current in a circuit when you know the voltage and resistance, place a finger to cover the “I”, and the formula is V/R

Example 3: To find the resistance of a circuit when you know the voltage and current, place a finger to cover the “R”, and the formula is V/I

In other words, the formula in its three possible forms is:

Using these formulas and the following circuit, the relationship between resistance and current can be seen, given that the voltage remains the same.

calculate the current using the formula:

Resistance is anything that resists current flowing through a circuit. A light bulb is a resistance, as is an iron, a food processor, or a stove. In electronics, there are little components called resistors, which are made to be a fixed known value. Even just plain cable has some resistance, in fact, the reason to have thick cables is to reduce the resistance and allow more current to flow through it (like a fire hose is larger than a garden hose  – so more water can flow through it).

P.S.: we have just covered the basic principles of Ohms Law, but shhh, don’t tell anyone.

If you find the maths confusing, try the simple Ohm’s law calculator.

Often you don’t know what the resistance in a circuit is, nor do you need to know. However these formulas are still very useful, but mainly for what is derived from them, rather than for their immediate calculation. This is a long-winded way of saying, “please accept that the following concepts are derived from the above formula, without us having to waste time and effort proving it”.

Consider this circuit of six light bulbs. Because they are connected one after the other, they are said to be connected in series.

What is interesting is what happens with the voltage, current and resistance.

Voltage: The “voltage in” is the sum of the voltages across all the individual lights. In this example, the individual voltage across each light is 40 volts, so the total voltage is 240 volts.

Resistance: The total resistance equals the sum of all the individual “series” resistances. In practice this type of circuit isn’t used much in a house. This is because if 240 volts comes into the house, and there are six lights in series, then each light would only be getting one sixth of that voltage i.e. 40 volts. However, this type of circuit is often used for Christmas tree lights e.g. 20 lights at 12 Volts each equals 240 Volts. The problem with this circuit is that if one light blows, then all the others go out also. This is because the wire connection to the next light is broken, so the circuit is not complete.

What happens with the voltage, current and resistance in this type of circuit is in contrast with what happens in a series circuit.

Voltage: The voltage across each light is the same as the “voltage in”. If 220 volts is coming in to the circuit, then there is 220 volts across each individual light.

Current: The current going into the circuit is the sum of the currents in each individual light. If the current through each light is 1 amp, then the total current coming into this circuit would be 6 amps (6 x 1 amp).

In practice this type of circuit is used in houses. e.g. If you have 220 volts coming into your house, then all the lights and power outlets (power sockets) are also 220 volts because they are connected in parallel.

Putting it all Together

Some people are excited by the way that the Ohm’s law formula can be substituted into our Power formula to create new formulas. For those of you who like to play with formulas, you can work out how this is done; for the rest, just accept that this table shows the various combinations of these formulas.

This table displays all the possible combinations using the two basic formulas we have learned. Try using a calculator and the following values to check it out:

You might like to print the table out and stick it to your multi-meter case or workshop wall for handy future reference.

A simple calculator to do all these combinations is available here.

Congratulations on having finished reading these first two articles about electrical fundamentals.. It has been very heavy with theory and all sorts of formulas, but now you have the basics to understand most electrical and electronic principles. 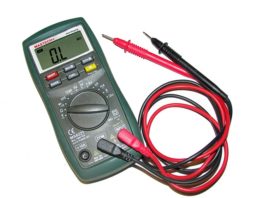 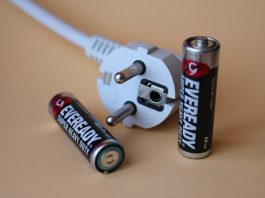 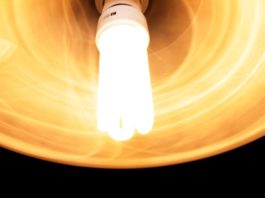 What is Electrical Power?